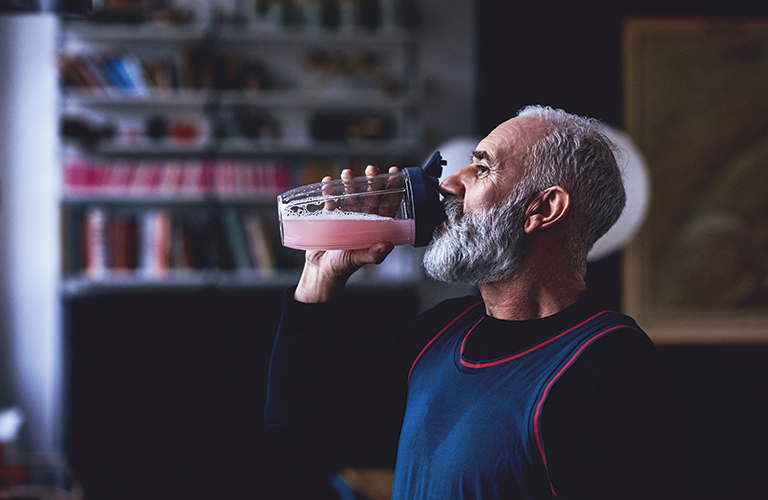 The pandemic has been a wake-up call for many and brought the way we think about our health into sharp focus. Attitudes towards our wellbeing have changed and we are seeing a marked shift towards prevention rather than cure, and on health rather than illness.

There has certainly been a shake up in the way people are now approaching their health – both mental and physical, particularly amongst the UK’s wealthy. Research by Private Client by Bupa has found that health and wellbeing expenditure amongst this cohort has increased by a fifth1 since the pandemic outbreak. It became one of the biggest outgoings and health spend amongst the affluent was higher than that on luxury goods, clothing, technology and even holidays.

With high-net-worth individuals (HNWIs) spending on average £120,000 on health treatments and services in the 18 months following the outbreak of the pandemic, good health, it appears, has become the ultimate status symbol.

In particular, those aged 18-35 were found to be the most committed to proactively improving their health, with a majority (64%), increasing wellness spend in the last 12 months.

Fuelling this health reset is a desire to stay in peak condition for as long as possible, as well as to increase life expectancy. The research suggests that by increasing spend on their health, respondents hope to boost their lifespan by, on average, up to 10 years.

Career performance is another big contributor and nearly two thirds (62%) identified their desire to maximise effectiveness at work as their motivation.

Neil Kirby, Marketing Director for Private Client by Bupa says: “For many people, COVID-19 has been a wake-up call and made them realise the importance of good health and wellbeing. The close proximity of ill-health and even death has prompted many to re-evaluate what they want from life — and for many, the answer has not just been a longer life, but a better life. Health really has become the new wealth and over half of those we surveyed believe their health is a reflection of their status in society.”

This increased expenditure in health is demonstrative of a change in attitude towards wellness. The emphasis is now on prevention rather than cure, and health rather than illness. Consequently, a myriad of dietary trends and alternative therapies have grown in popularity.

As a measure to maintain good health, many have embraced veganism, vegetarianism, flexitarian diets and management diets while focusing on losing weight to prevent ill-health. Likewise, the research suggests growing appetite for treatments such as vitamin therapy, where critical nutrients are administered to the body intravenously, and also cryotherapy, where the body is exposed to extremely cold temperatures for several minutes.

Turning their attention to the future generation, and specifically their offspring, the UK’s wealthy are also putting greater focus on their children’s health. Over one in four (27%) have taken out medical insurance for their children, whilst nearly one in three (29%) have spent money on things like sporting hobbies, as well as nutritionists (26%) and sleep consultants (22%).

Kirby continues: “We are seeing a newfound respect for holistic wellbeing and an open-mindedness towards alternative therapies. This has been a driving force behind Private Client by Bupa and customers on our Ultimate Health Plan have access to cryotherapy and vitamin therapy, as well as naturopathy and therapies for sleep disorders.”

Health intentions are good, coming out of the pandemic. Half of those questioned in the Private Client by Bupa study (51%) reported being more interested in preventing poor physical health now than they were before the pandemic.

However, despite being cash-rich, time does remain a challenge when it comes to achieving health ambitions. Although individuals want to prioritise their wellbeing, they often lack the capacity to do so (52%). Work commitments continue to dominate their time, followed by sleep and time spent on catching up on current affairs, and further education and family time.

“Nearly two thirds (64%) told us they would benefit from having one-to-one assistance to organise health appointments and treatments,” Kirby adds. “This is something we are addressing through Private Client by Bupa. Our Ultimate Health Plan provides access to a dedicated Lifecare Concierge Manager to help with all aspects of their premium health journey to help our clientele who are seeking holistic wellbeing through their health insurance.”

“As private health insurance providers we have a responsibility to adapt with the market we serve, and Private Client by Bupa heralds a needed shift in the industry to provide this kind of comprehensive, luxury ‘lifecare’ and support for high-net-worth customers,” he concludes.